There were many variations of this device, but the end result was the crushing and mutilation of a victim’s leg or legs. In general, it consisted of two semicircular pieces of wood which were held together by some means, varying from simple rope to iron straps. The leg was inserted between the two halves which sometimes had iron protuberances inside, insuring a snug fit.

Pressure was applied to the leg by means of the tightening of the screws or by hammering wedges of wood between the wood and the leg. Each time a victim refused confession called for more pressure or blows from the hammer.

Victims were usually left crippled from the boot. The complete crushing of bones to the marrow was not unusual. 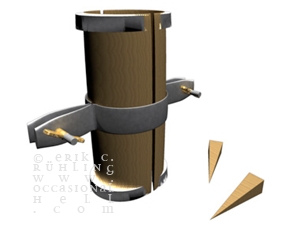 There were as many variations of the boot as countries in Europe. The Spaniards, however, seem to have been most adept and zealous in using it. 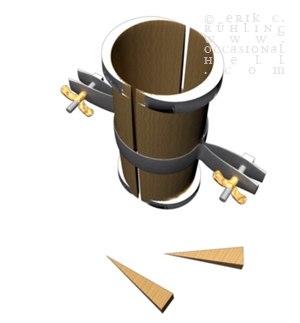