This is another infamous device that was used in Spain in order to extract information from prisoners. Often the mere mention of or glance at the machine was enough to warrant a wealth of information from the condemned.

If the answers were not as easily forthcoming, the prisoner would be locked into the machine, face down with the head through the upper pillory and the legs firmly strapped at the other end. At this point, information was again requested. If the prisoner refused, the spiked drum was slowly rotated one full revolution. Again the questions were asked. If the prisoner still refused, weights were stacked upon his back and the process of rotating the drum began again. This continued until the inquisitors obtained the information that satisfied their interest or the condemned perished through slow disembowelment. 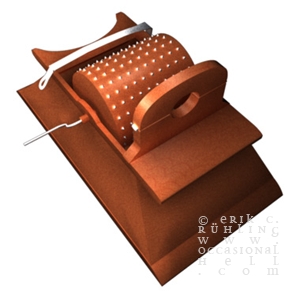 It is said that a particular citizen of Madrid was accused of a conspiracy; when asked for the names of his accomplices and threatened with the torture of the revolving drum, turned to his accusers and said, “You may torture me, if you like, but I am not at all certain as to which of your names will be forced from me under the stress of torture.”

The prisoner was released soon after. 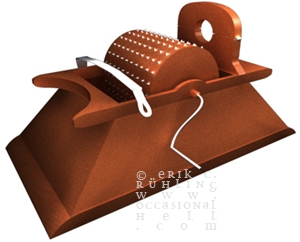