No torture chamber would be complete without the rack, known throughout the world by different names: to the Romans it was “equuleus” (young horse); the French named it “Banc de Torture”, to the Spanish it was “escalera” (ladder), Germany knew it as “Streckbank” (stretching frame) or “Schlimme Liesel” (fearful Eliza), Italians named it “La Veglia” and the British nickname was “the Duke of Exeter’s Daughter”. Whatever the name, it was a fearsome device that broke countless prisoners. 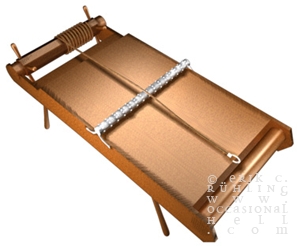 The basic idea of the rack may have originated in the Greek legend of the giant bandit Procrustes. It was rumored that he possessed a bed made of iron that was the right size for any guest. After luring unwary travelers to sleep on the iron bed, he would stretch them to fit – tall travelers had their legs or head lopped off and fed to a giant tortoise.

Procrustes met his end at the hands of the hero Theseus. 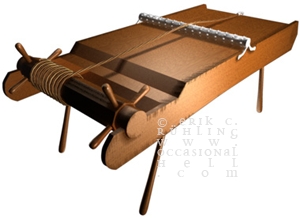