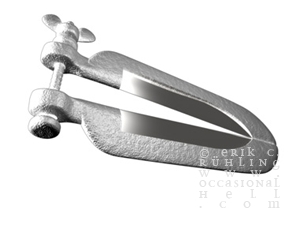 The side screw was used to increase the force between the shears, as it is surprisingly difficult to cut through some tendons and even more so through bone. 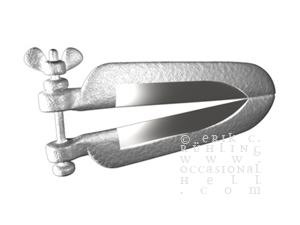