A deviously simple tool that was used on victims, either cold or red-hot. The number of prongs differed, four or six being the most popular. Suspended from the ceiling, the pincers could be used to lift a person into the air, using the soft flesh of the buttocks, belly or breasts – or the eyes and ears, much like a bowling ball. 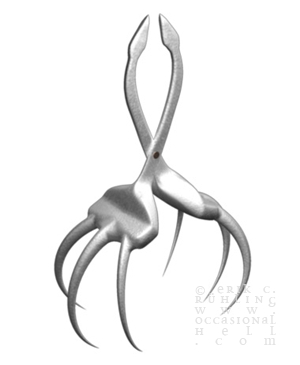 According to one source, devices like this are used to this day in third world countries. 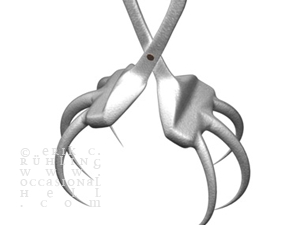