Eiserne Jungfrau – the Iron Maiden – is indelibly associated with the torture room, even though it is doubtful that it was used in any great capacity throughout Europe. The device existing in the human consciousness as the ideal iron maiden originally existed in Nuremburg, but was destroyed by Allied bombing during World War II.

A catalogue of the devices found in the castle of Nuremburg predates the destruction and describes the maiden as having two doors which accessed an interior studded with spikes. These spikes impaled the victim in the eyes, the chest and the back; but left him or her alive for a time which could extend to days. A trap door supposedly existed beneath which opened to allow the remains to fall into a river or moat below. 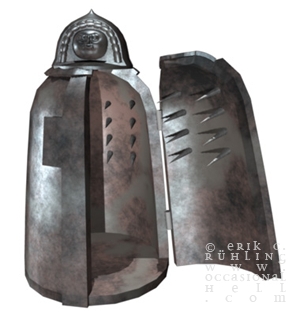 Heavy metal thanks you, Eiserne Jungfrau. 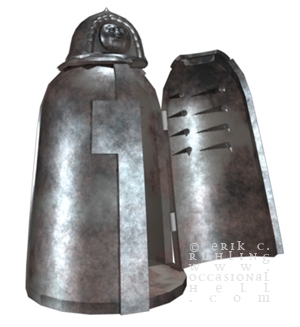