The Iron Gag, or Mute’s Bridle was used to stifle the screams of a victim. The oblong box was forced into the mouth and the metal collar was tightly fastened around the back of the neck. A small hole in the front allowed air to pass in and out but muffled any screams. A torturer could press a single fingertip to the air-hole and create an extremely distressing situation for the accused.

This was used often during the Inquisition’s auto da fe, so the accused would not interrupt the ceremony with their irritating cries of distress. 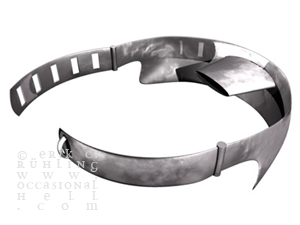 The various iron gags are akin to the branks and scold’s bridles and were often used interchangeably. 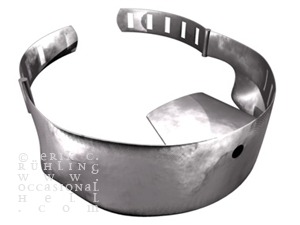