The traditional brank was used mainly to punish women who were labeled as ‘scolds’ or ‘shrews’ – those who upset the male-dominated society of their time. The designs were only left up to the imagination of the blacksmith, ranging from those which served to only humiliate the victim to those that actually mutilated the tongue.

Generally, the tortured were locked into the masks and confined to the town square for public humiliation and oftentimes beatings. 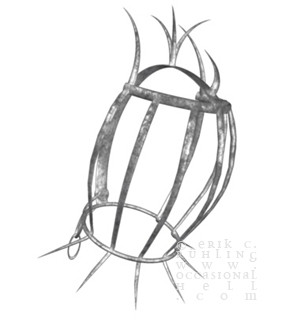 The cover for the album Stain by Living Colour shows an example of a brank being worn. 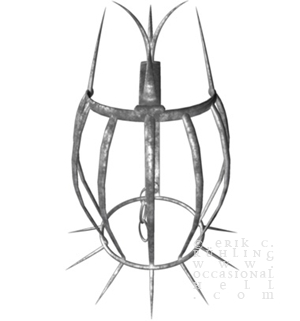