This was a kind of pillory that was used mostly on those disposed to drink. The barrel fit over the entire body, with the head sticking out from the hole in the top. There were two kinds – the enclosed barrel which forced the victim to kneel in his or her own filth, or the open barrel which allowed the victim to roam about town, open to ridicule and scorn. 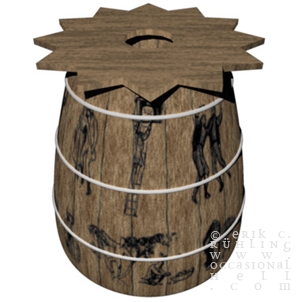 There were scenes painted on the side of the barrel which depicted some of the transgressions of which the victim was accused. Public drunkenness, brawling, and petty theft were popular themes. 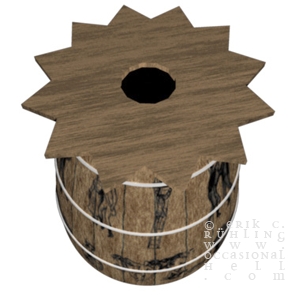