Poire d’angoisser – the Pear of Anguish; the Spanish Mouth Pear; or the Oral, Rectal and Vaginal Pear (for those with less-easily offended sensibilities) – is a hideously cruel device.

It was made of four ‘leaves’ which joined together by a hinge at the top. A screw inserted between the leaves could be turned to slowly separate the four lobes of the ‘pear’, expanding the orifice into which it had been inserted. The torturer could choose whether to simply distend the cavity, or expand the pear to its absolute maximum and mutilate the prisoner.

These devices were much more intricately decorated than many other tools of the trade, bordering on works of art. It is doubtful, however, that the embellishments made much difference to anyone who experienced the torture of the “Pear of Anguish”. 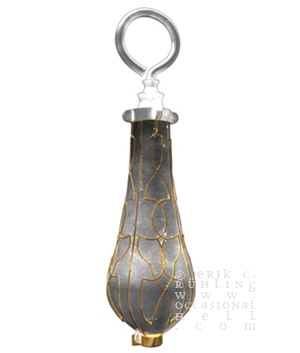 The literature does not mention into what orifice the aggressive male homosexual received a pear. 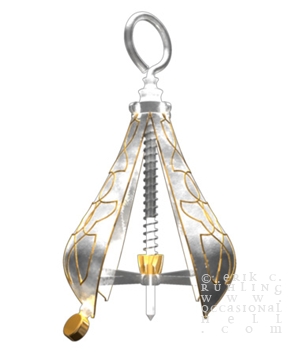